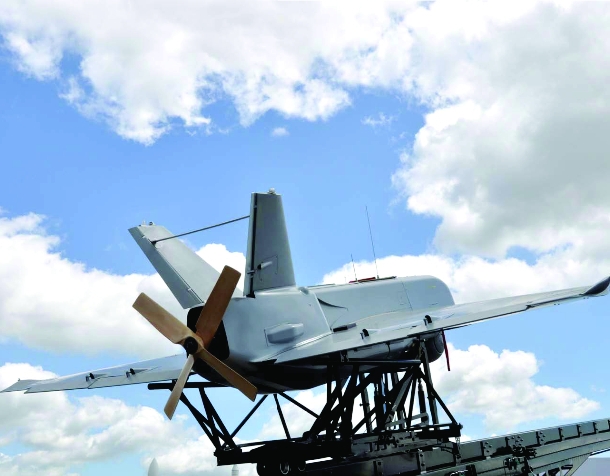 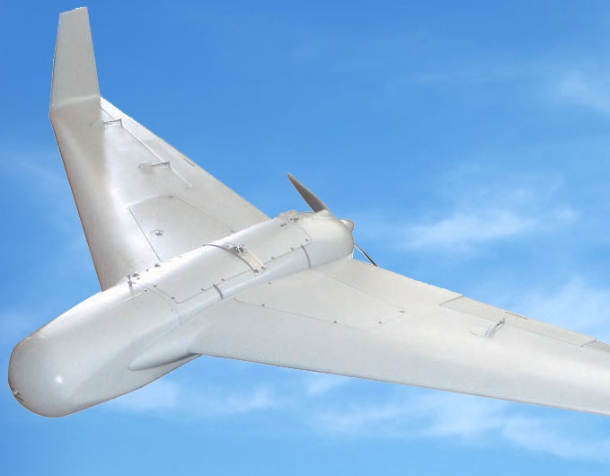 The Fixed Wing UAV (SCL-Elron) is designed for detection and tracking of ground objects from air. SCL-Elron can also be used for detection and tracking of buildings and other objects like transportation means, military equipments, roads, bridges, individuals or groups of people. SCL-Elron is capable of monitoring combat operations, natural disasters, man-made accident effects.

The UAV is controlled from ground control system which also receives real-time video data transmitted from the UAV. During the flight, video information is transmitted from stabilized Optical or IR camera with reference to unmanned aerial vehicle current coordinates on the map. Video signal reception and flight control are operated by ground control station.

Landing of UAV is performed with parachute system. Operator can do pre-programmed manoeuvres like point observation, point pass-thru, return, landing, dive. Flight route can be programmed by on-ground control system before flight.