Drones/UAVs are have been widely utilized in many critical application, however same time, they pose a potential threat in a Country’s Border Security as well as in security of critical infrastructure. Several incidents have come to light where UAV’s have been found violating security of sensitive facilities, including Nuclear Power Plant, Military Locations, Government Buildings, Prisons etc.

It becomes an immediate requirement for Government organizations/agencies to secure such critical premises against intrusion of Such UAVs/drone near key sensitive areas. Due to ever growing UAV designs and flying range, it becomes extremely tough to Locate and neutralize these Drones.

To counter such challenges, Shoghi now provides a 360 Degree Drone Jamming Capability to our Government / Security and Military customers. 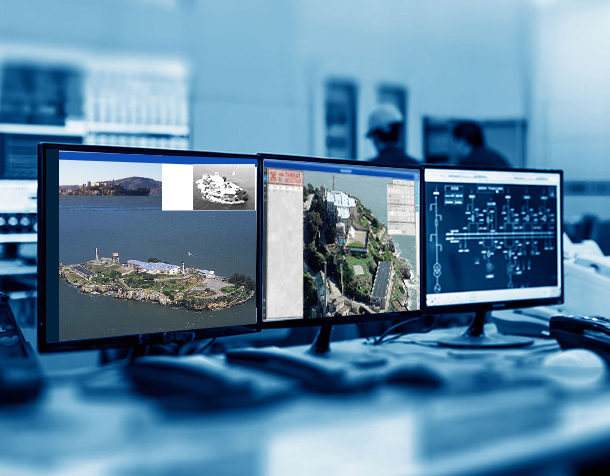 Shoghi’s Anti Drone System is Mil-Grade All weather Drone Jamming system, designed for 360 Deg Auto Detection, Triangulation and Neutralization of Single or Swarm of UAVs/Drones with an Enhanced Detection and Jamming Range. The system comes with a 360 Degree built-in radar for detection of the UAVs/Drones from 3 -50Km range with an Azimuth of 60 Deg. Such a High Detection and Suppression Range enables the operators to create a larger security perimeter with continuous monitoring of any Intrusion.

With an Integrated Map Application, the operator can visualize the direction of the drone, once detected. Multiple Such systems can be then activated to provide near accurate Triangulation and Location Finding of these Drones. The system can be tasked to Neutralize these drones and the operator can then know where the Drones may have been Dropped. All these applications are pre integrated into the system, provides a total comprehensive Situational Awareness picture and Anti-Drone Capability to the user.

Privacy Policy Disclaimer Sitemap
ôˋ 2021 All Rights Reserved. Shoghi Communications Ltd.
Note:- All the system / equipments offered by us are for end - usage by Government or Ministry of Defence or its related agencies only and not for private or commercial usage.