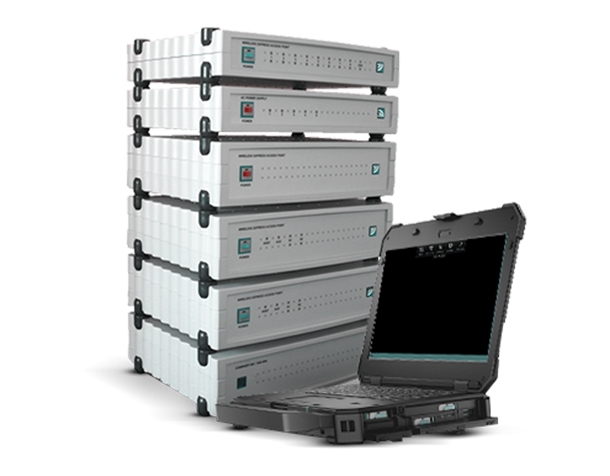 Integrated 2G,3G, 4G Mobile Detection and Direction Finder System is based on IMSI catcher concept. SCL-234GIDF is specially designed for government agencies and law enforcement groups to separate targets from the other subscribers and collect all GSM information about their activity. SCL-234GIDF is very useful to prevent criminal actions of the targets as well as to carry out various tasks to the fight against terrorism.

System automatically scans and detects parameters of all 2G,3G and 4G networks and collects all their identities (IMSI, IMEI and TMSI) in its coverage zone. It can also use in 2G IMSI Catcher, 3G IMSI Catcher and 4G IMSI Catcher mode to acquire the parameters of 2G, 3G, 4G mobile phones. SCL-234GIDF is equipped with sophisticated algorithms to displays the approximate location of service provider's BTSs as well as approximate location of the Target's phones's on integrated map. In order to locate target’s phone or to collect their GSM parameter, it does not require A5.1 decryptor.

Integrated 2G,3G, 4G Mobile Detection and Direction Finder System is compact and can be deployed for use in different scenarios such as backpack camouflage or static or vehicle deployment.

Please fill the form below to submit query for Integrated 2G,3G,4G Mobile Detection and Direction Finder

Privacy Policy Disclaimer Sitemap
© 2022 All Rights Reserved. Shoghi Communications Ltd.
Note:- All the system / equipments offered by us are for end - usage by Government or Ministry of Defence or its related agencies only and not for private or commercial usage.